Somebody triggered me thinking about flying horses, and I thought it might be nice in origami. There are already a lot of them, but I wanted the design to have the hair as a different colour. It was pretty tricky, but I kind of like the outcome. 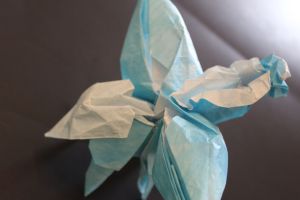 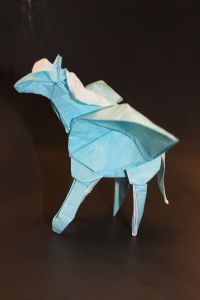 I’m calling it “flying horse” instead of “Pegasus” because I’ve never been sure if Pegasus was just his name. There was only the one in Greek mythology. 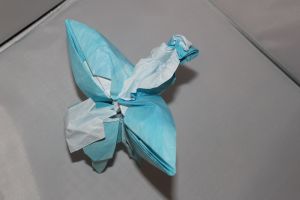 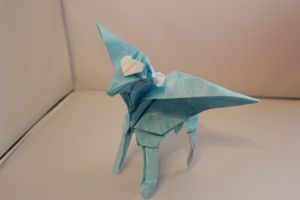 This was all fine, but I was playing around the next week, like I do. Again, I stumbled into a model. This one’s a flying horse with a horn. It’s not as complicated as the other one, but I like it a lot more because it basically has the features I wanted in a more minimal and elegant way. 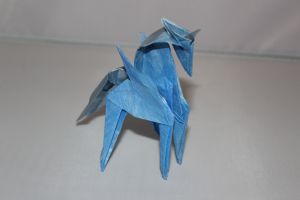