Recently, I heard somewhere Satoshi Kamiya came out with a tiger in the last couple of years. It looks like he has, but it’s not on his website. I couldn’t find where to get a crease pattern or diagrams for it. Maybe he’ll do a Works of Satoshi Kamiya 3, and it’ll be there.

It got me thinking of stripes and tiger faces, and I made a tiger. I came up with the top of the face first. From where it was in the paper, I could include teeth (like the Balrog for example) and did some mock ups, but he seemed too angry. 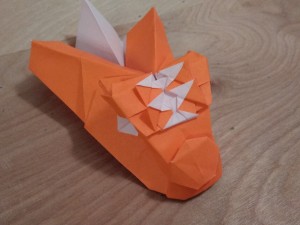 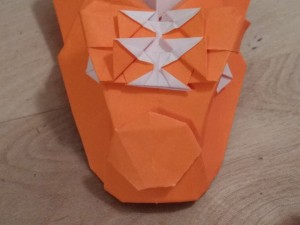 I decided to could use a similar pattern to Satoshi Kamiya’s dragon legs (the method he uses for the Ancient Dragon and Bahamut’s legs/hands) because it would set up a striped tail and extra paper for stripes. 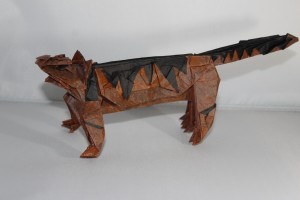 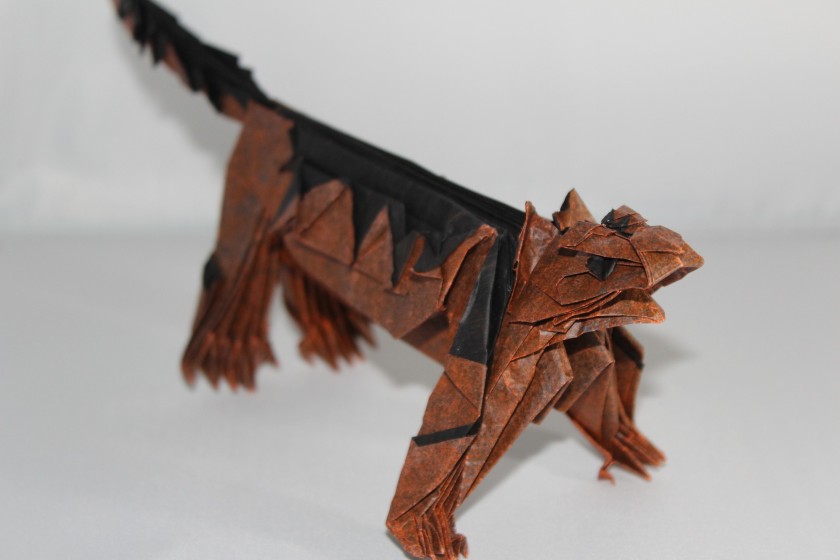 The first major try was a good start, but I wanted the stripes longer and more of a neck. Also, the head details (particularly the ears) could be better.

I shifted things around and got… well, I got longer stripes at least. His body’s too short, except his tail, which is ridiculously long. And the head’s way too big. He looks kind of like a fu-tiger maybe. I actually think he’s endearing, but he’s not what I was aiming for. 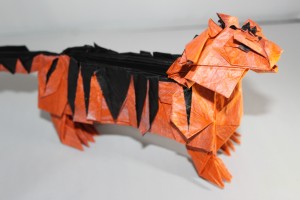 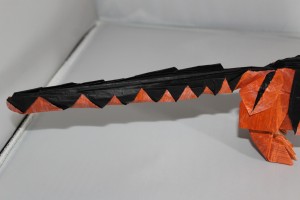 I’m pretty happy with the final version. The tail’s a bit long and its stripes are too triangular tho. Otherwise, I think it turned out well. I like the proportions and that he has a neck. The ears aren’t super well defined, but work with the head fluff. I was initially going for “serene” in the face, but the lower jaw causes more of a “Hi! :D”, which I like more. 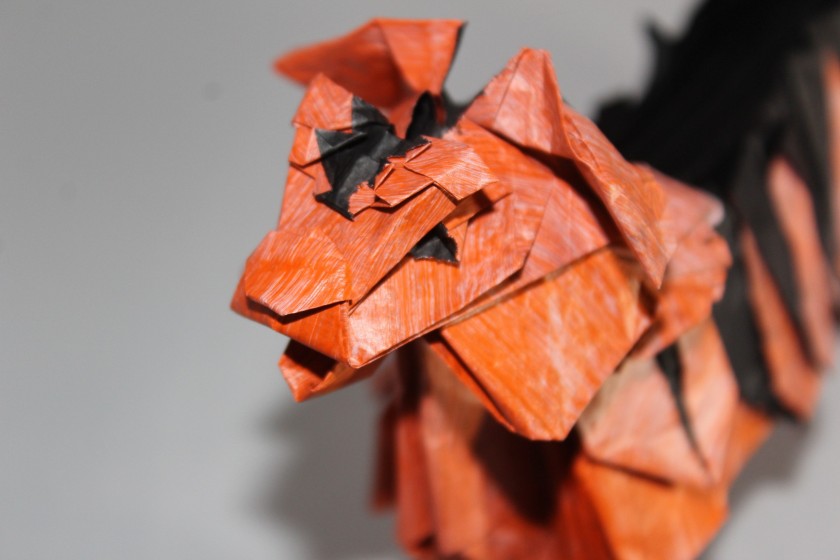