I finished the propeller plane without much trouble, but it looked a little different than the pictures. So I found the diagrammed model in Tanteidan Convention Book 7, folded it, and then compared it. Apparently, I did all right; I just shaved off the back fin. The crease pattern on is in blue, and the diagrammed on is grey. 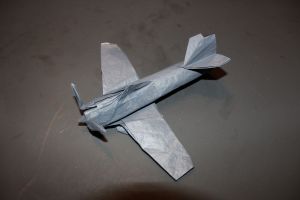 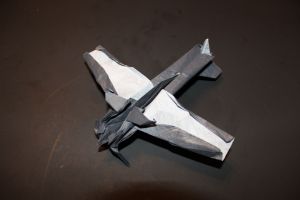 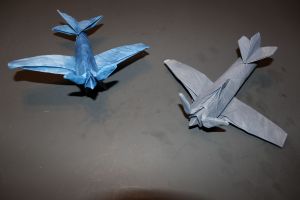 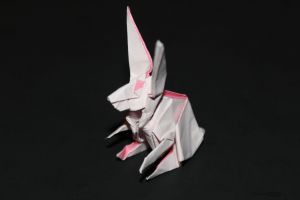 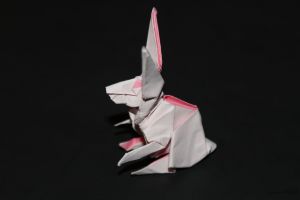 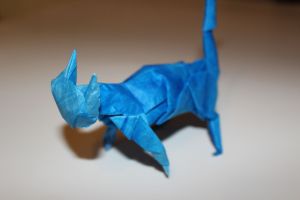 I’m having trouble with the next Crease Pattern Challenge, “Koch’s Snowflake”. I wonder if maybe I should just skip around. I do have some of the other ones done already.