I’ve been so busy, I haven’t gotten one up here in awhile. I wanted to set them up for automatic a bit. Maybe I can get that working sometime.

Anyway, this is a good one for Halloween. Crease Pattern Challenge 41 is Satoshi Kamiya’s Cerebus. I actually have this model in one of the posts about Works of Satoshi Kamiya 2. I’m not sure how different the crease pattern one is (it’s probably just the minor details).

I actually had some problems getting him into focus, so there are a few similar shots with different focuses. The unpainted white tracing paper probably didn’t help. 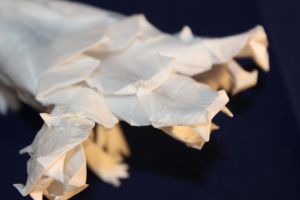 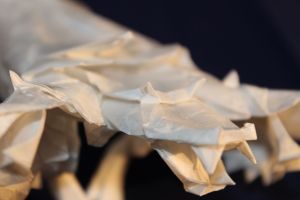 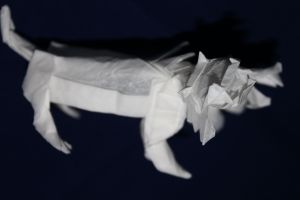 Yous already know how much I like Satoshi Kamiya’s stuff. His crease patterns are usually really fun, because you put in your own details and interpretations. 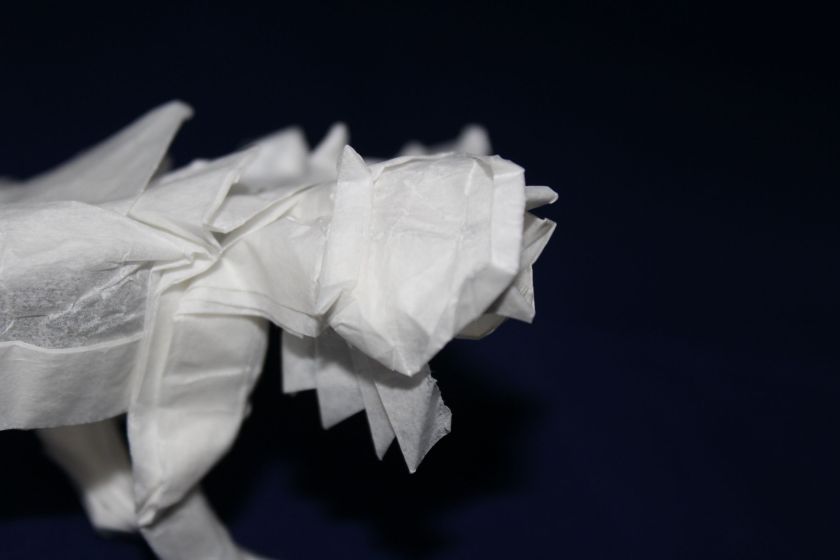 Issue 96 has Crease Pattern Challenge #40: Takashi Hojyo’s Vajra. Vajra, or Basara Taishou, is one of the twelve heavenly generals of China (this link is one of the first google results, but it has great tables, showing their associated colours, weapons, and zodiac animals).

Mr. Hojyo has been working on these as an entire set, on and off, for a while (he also updates older ones a lot). Because of that, I’ve looked up the generals a few times before. From the first time, the names felt familiar to me. I recognized Indra as a major Hindu deity as well (there tends to be a lot of Hindu-Chinese deity overlap), but that wasn’t it. I finally realized where I’d seen them before: Digimon Series 3. The 12 Deva digimon serve the 4 Sovereign digimon, based on the 4 Beast Gods. Vajramon has a centaur-style body but is an ox, as Vajra is associated with the ox. 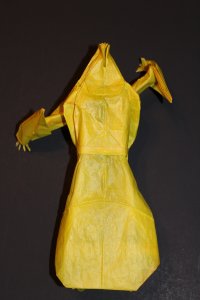 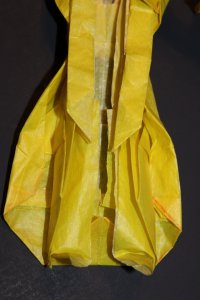 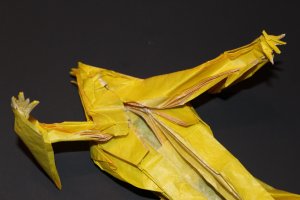 The first time I made this model (in yellow), I missed the reference points a bit but just pushed on. The face is a bit small because of that. 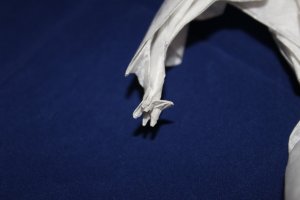 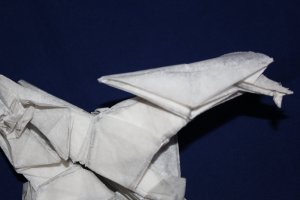 When I went back recently, I finally found the right lines, but the hands seem too small for some reason. I think what happened is I misinterpreted the thumbs as sleeve. 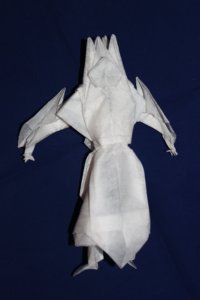 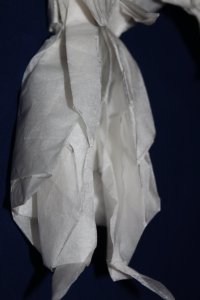 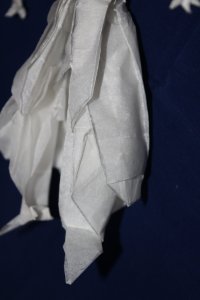 I’ve been meaning to paint more of these (preferably before but maybe after folding), but, when I checked the chart, I found out white is usually linked to Vajra.

I didn’t paint the next one either.