I been pretty busy recently.

The first is the Minotaur, from Greek mythology. He’s really more of a prop, but I’ve always thought of him as a tragic dude. He’s half bull, because Poseidon cursed Minos, king of Crete, for not sacrificing his best bull. At least he should have, but he cursed the king’s wife to fall in love with the bull. I suppose making the king fall in love with the bull is more of a limerick than a myth. 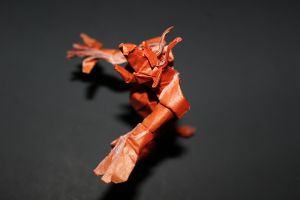 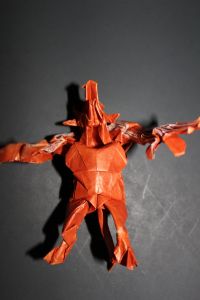 Kamiya’s minotaur seems to have some body aspects in common with the Bahamut. His head and arms are very distinct. 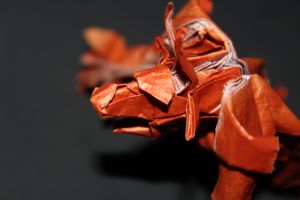 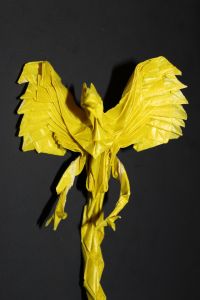 The final model is the Phoenix. This is actually his 3.5 version of his phoenix models. He also has the 3.0 version’s crease pattern on his website. I like both models, but, while they have distinct tails, he only included one because they are so similar. It’s a fun model to fold by both diagrams and crease pattern.

That’s all for this book, and he doesn’t have another one (yet, he has many more models). I wonder if I should do another book to scale. 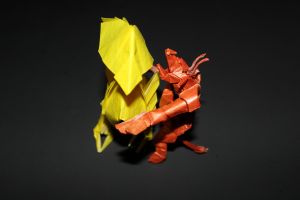