Origami Tanteidan Magazine #82 is a special issue that mainly has crease patterns. So Crease Pattern Challenge #28 is actually several models split into 6 sections. I forgot whatever spiel I had for this, so direct to it I guess.

No.01 starts things with a bang: it’s A Crab and Its Kid by Toshiyuki Meguro. I had quite a bit of trouble with the reference points. I got quite a few, but, there are so many, I ended up estimating more than I knew. Such a large scale model ends up pretty forgiving, but mine (particularly the major shell) isn’t as sharp as possible. 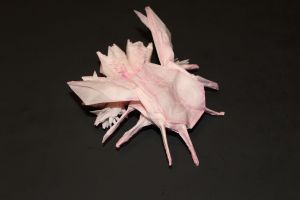 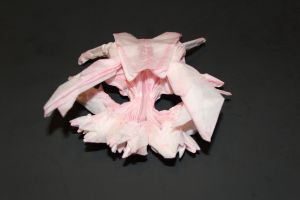 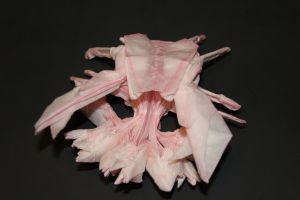 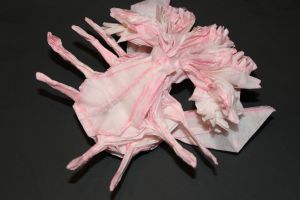 I hope my pictures show this well enough. There are 5 baby crabs under the main crab (it’s all one large square). Just getting that many points is fascinating, and they make a really neat model. 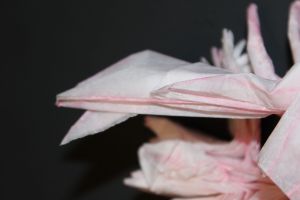 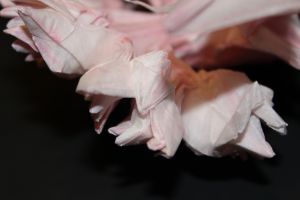 No.02 is a Giraffe by Hideo Komatsu. I think this is my favourite model in this set. It’s a little trickier than it looks, which makes it interesting, but I think I like it just because the giraffe is endearing. 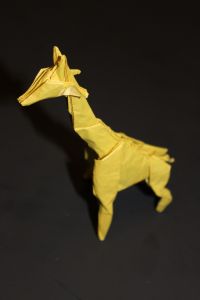 03 is Satoshi Kamiya’s Dragonfly 1.1B. He always has great models with special details. The main feature with this one is the dragonfly’s banded tail. Having the tail along with four wings, six legs, and a detailed face (his is much better detailed than mine, by the way) is a little ridiculous. 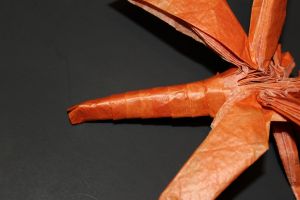 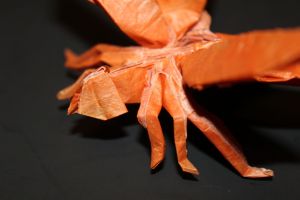 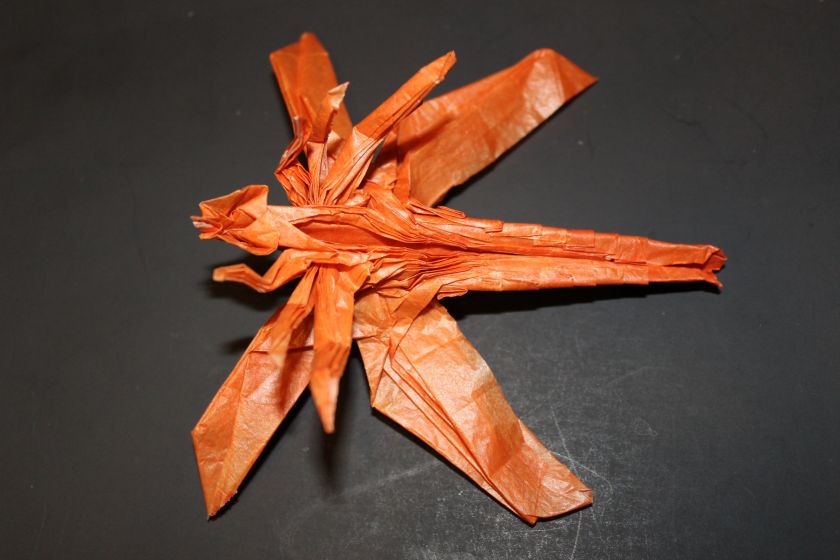 No.04 has two models by Takashi Hojyo: Un objet d’un poisson 5 (Pterois lunulata) and Un objet d’un poisson 11 (Jellyfish). These are pretty special, because he tends to do animals in a more traditional way than his human models. These two incorporate the methods he uses for humans to make an artistic lionfish and jellyfish. They kind of feel minimal but are very detailed. Unfortunately, I may have again missed a polarity switch on the lionfish (I tend to do with his models). 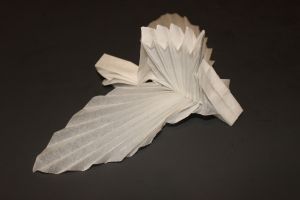 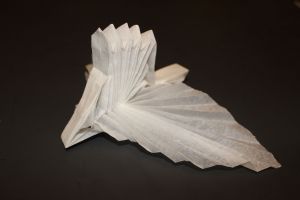 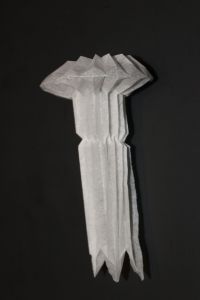 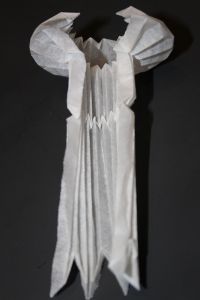 No.05 is a set of little houses, listed as Japanese Roofs, by Tomohiro Tachi. These really aren’t the kind of models I like much, so I just Xeroxed them and folded them from those. They are neat having slopes with direction changes. Also, I have a red filter that I never get to use.

The last model, No.06, is a Domino Cube by Ushio Ikegami. There are several crease patterns here, but I’m only doing the first one. He tends to come up with interesting methods to fold seemingly impossible models that are aesthetically fairly boring (to me at least). He previously made a Koch’s Snowflake Curve in Challenge #13. These are pretty neat (if I had colour change paper, the upper and lower cubes would be different colours), but they’re not really my thing. 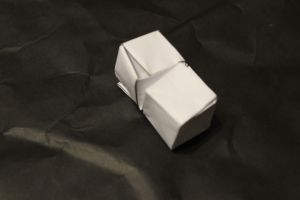 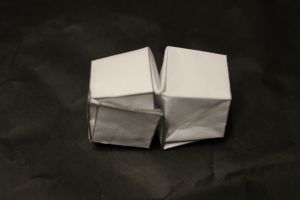 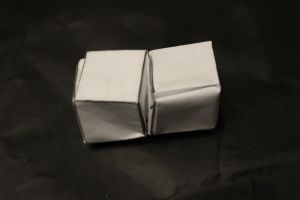