Crease Pattern Challenge #56 is Hitoshi Kakami’s Coelacanth. I’m glad this is written, because I’m not sure how to pronounce that. 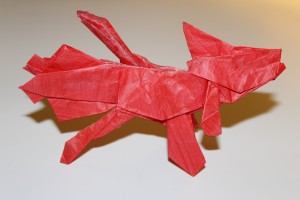 This one has a reference guide on half of the pattern. In spite of this, there was some point I had a lot of trouble finding. This is also one of the ones I folded a long time ago, took insufficient pictures of, and lost. Instead of finding that tricky point again, I copied and printed the pattern and folded that for pictures of the details. 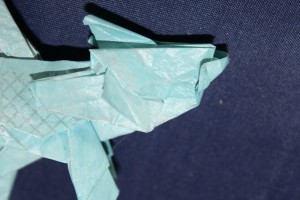 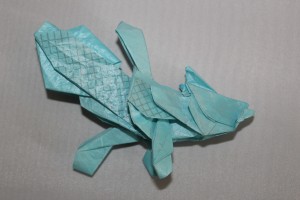 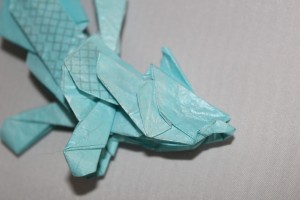 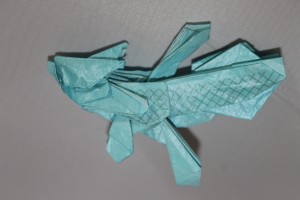 In an interesting coincidence, I tried to find reference points with someone on a message board for a crease pattern model in Calico’s Origami Aquarium. I like Calico’s models, and even made my own Zapdos mainly because there was no crease pattern for Calico’s. The coincidental part is that Calico is Hitoshi Kakami. 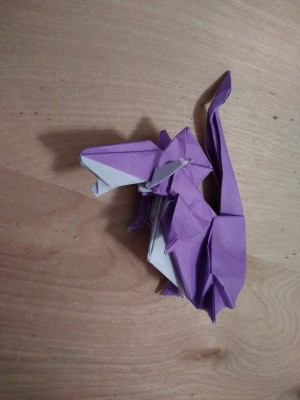 The funny thing is my reference point method is slightly off. People go on a lot about how perfect you need to get things, but that’s not perfectly true. I think I push the limit of how slipshod you can be though. 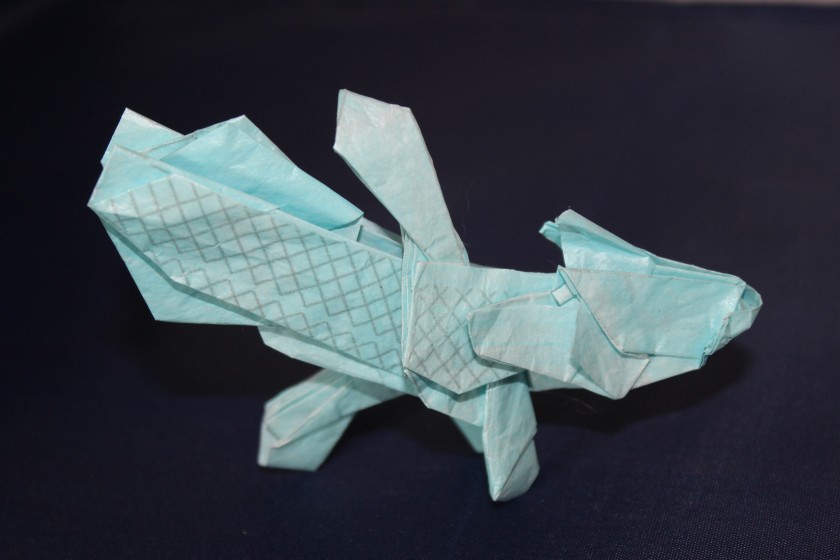