Since the new Avengers movie is coming out soon, I thought I’d post these ones. It’s Rocket Raccoon and Groot from Guardians of the Galaxy (and a number of other things)!

Both are dual colour models, where the square is one colour on one side and a different one on the other. I think Rocket’s ok, with a raccoon face and tail. He also has bandoliers, which I’ve never seen Rocket wear. But I wanted something distinctive to go with the gun-wielding raccoon. Also, making a square into a raccoon is tricky. I also made him a gun with four barrels (out of a separate square) to make him more recognizable. 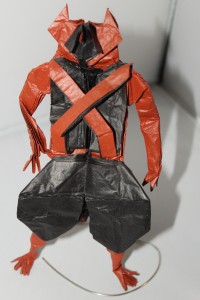 A friend said he didn’t know it was Rocket because there was no Groot. At first, I was going to make a big Groot, but I couldn’t think of one. Eventually, I realized baby Groot would be easier to see in origami, and came up with this one.

This is my best version, but it’s too big for the Rocket I have. So, I scaled it down and simplified it.

But it was still a bit too big. I made the simplest version I could think of. I think it works pretty well. 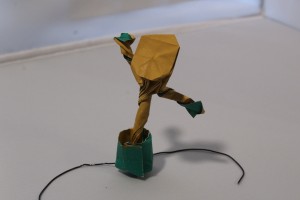 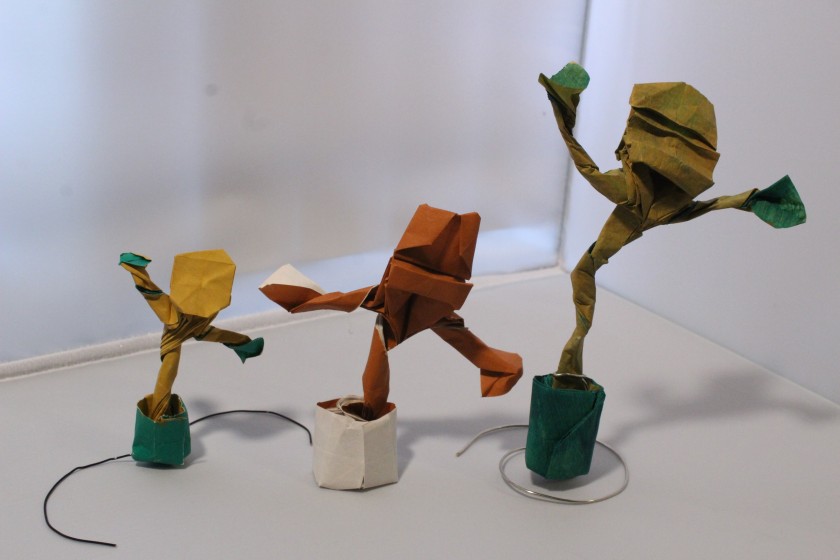