Crease Pattern Challenge 35 in Issue 90 is another one of Takashi Hojyo’s human forms, Aquarius the water pourer (his 2005 version). He tends to go back and improve a lot of his older models, and this one is amazing. I wonder if he just liked the water pouring idea or if he was going to do a zodiac set. I noticed he likes sets, such as his Twelve Heavenly Generals. For examples, one of his generals, Vajra, has also been recently updated. But maybe it’s just that his zodiac sign might be Aquarius? 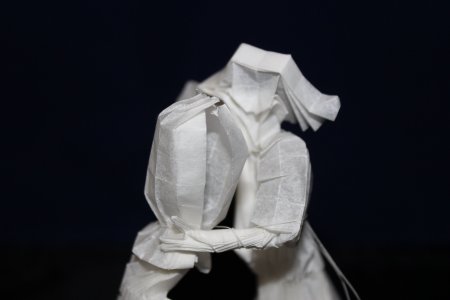 Being a zodiac sign, this is also a mythological model. Aquarius represents Ganymede, a young boy from Troy. Zeus turned into an eagle and kidnapped him to make him immortal and serve as cupbearer of the gods on Olympus. Zeus chose Ganymede because he thought he was hot. K. 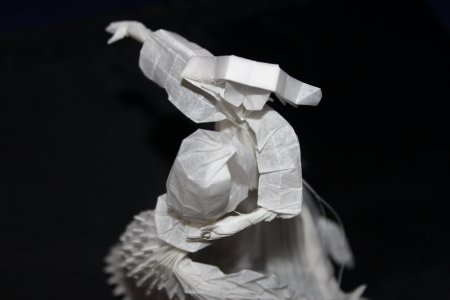 Anyway, the model is great. About a quarter of the paper is the water and jar. The arms are separate from the jar and are shaped to hold it. I should probably use more water to fold and shape things like this, but instead I used fishing line to hold the left arm to the jar for now (as you can clearly see). I kind of left the right arm dramatically far out. ¡Olé! 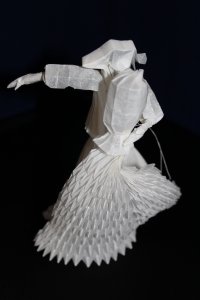 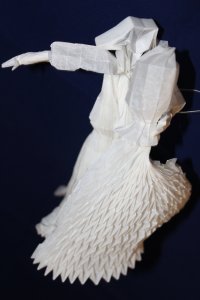