Noboru Miyajima’s Shark is Challenge 47 in Origami Tanteidan #103. It’s not as complicated as the last one but has some interesting interactions. Mine is chubbier than the model shown, so he seems friendlier (to me at least). I forgot to paint him beforehand, so I used water colours. Because He’s a fish. 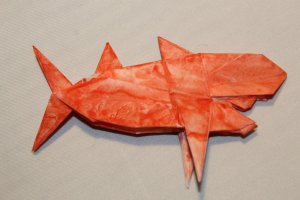 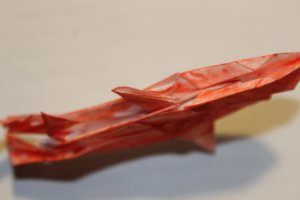 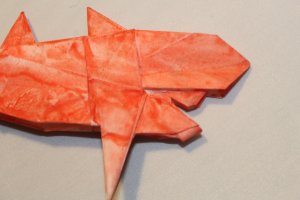 I make most of these models way in advance of posting them. Apparently, I decided to make a lot of my favourite Miyajima models for this one. So that’s a nice surprise. 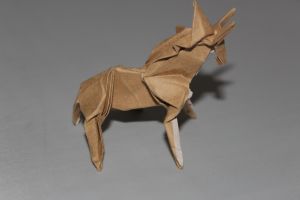 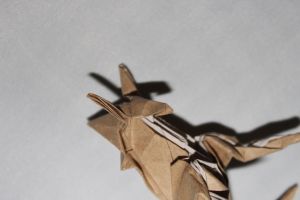 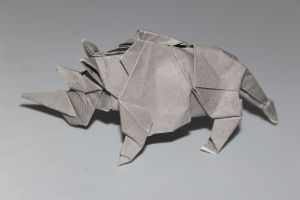 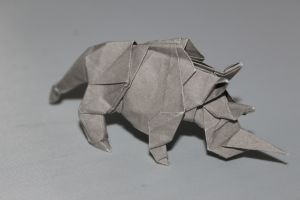 I have his horse (with crazy hair) and Rhino, which are more simple but still great models. 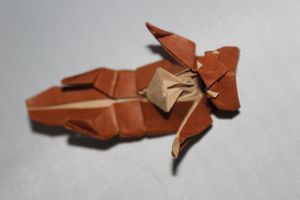 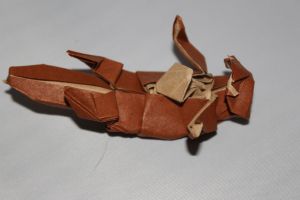 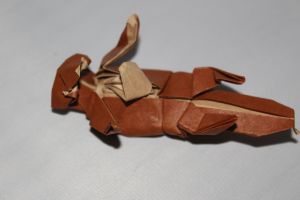 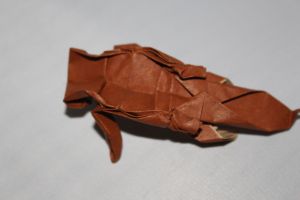 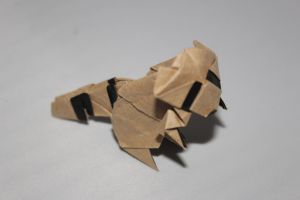 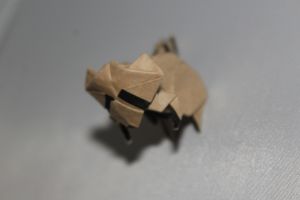 He also has several interesting colour changing ones, such as a sea otter, raccoon, and cow. 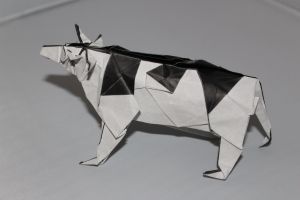 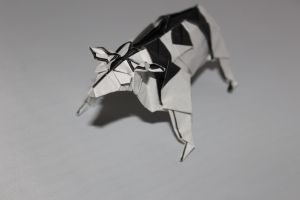 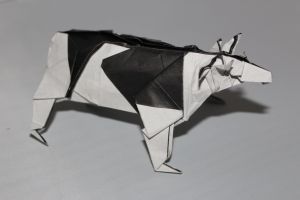 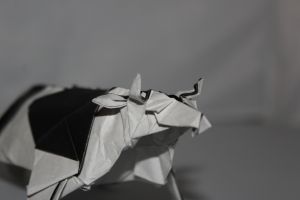 The one I like the most is his fly (it’s the only one I remember folding). There is a bit of a trick to it to get from the basic crease pattern to the fly, which took awhile for me to figure out. I have since forgotten it. 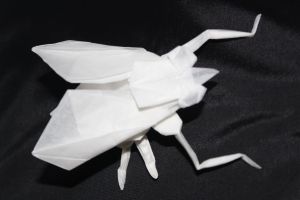 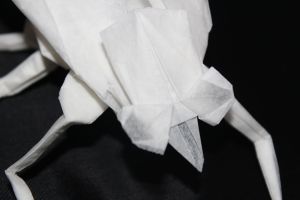 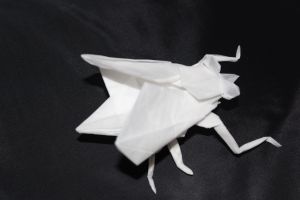 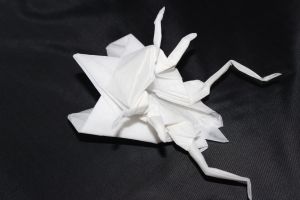 The cow, sea otter, raccoon, and rhino are diagrammed in Origami Tanteidan Convention books 5, 9, 15, and 19, respectively (many are out of print though), while the horse and fly are by crease patterns found on his website, along with many others.

One thought on “Crease Pattern Challenge 047”