I designed an origami model for the protagonist of the Team Cherry game Hollow Knight (which is available on Steam). I really love this game. It came out February 2017, right after the game award season and well before the Steam Summer Sale. While it certainly wasn’t forgotten because of this, I kind of feel like it was overshadowed by other games that came out later in the year. 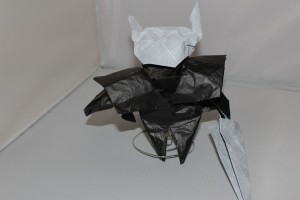 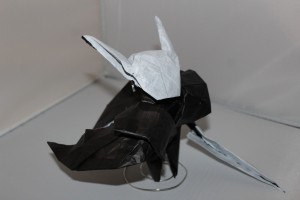 This little dude is the protagonist, and he’s… a little dude. I’m not sure how much I should say to not give away the story. You’re just dropped into the game, but the story unravels as you go along. 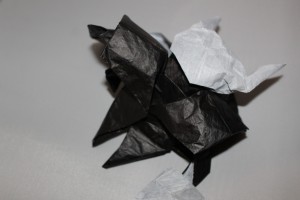 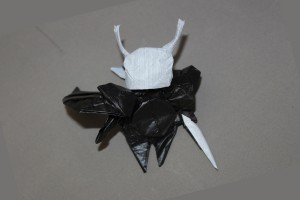 Anyway, he lives in a world filled with zombie bugs that he kills with his weapon, a “nail”. It’s more serene and/or moody than that description implies.

Like I said, it’s a fantastic game. In August and October 2017, they released free content packs with new bosses, accessories, side quests, and some new locations, and have another pack in development. Even in their regular maintenance update, they added an adorable (but deadly) bee knight.

If you have Steam and don’t have the game, buy it here. It also came out recently on the Nintendo Switch.