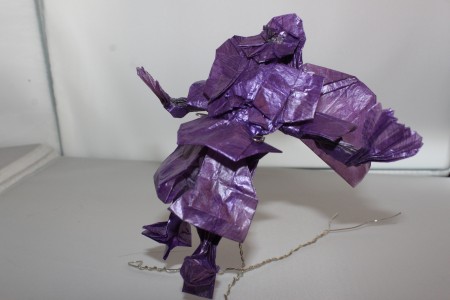 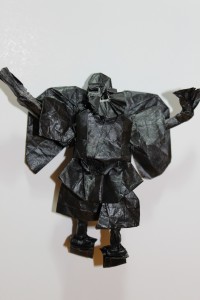 Tengu are Japanese monster-demon-things that range from goblins to bird men (frequently crows). Probably the most common version is a man with a long nose (or even beak) with wings, like this one. But this model has a whole kimono, as well as fans, tengu geta, bushy eyebrows, and a beard. 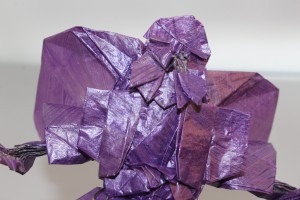 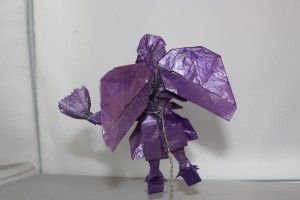 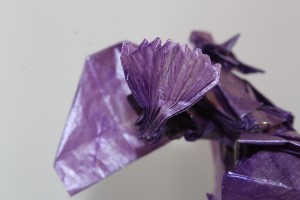 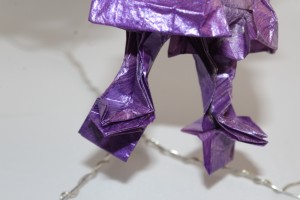 There are a few things different in mine than the final model shown in Tanteidan. The head looks a bit different and the fans are squished and spread a bit earlier to give the impression of hands. These I don’t know if I could get to look that good with the size of paper I used. The end model has pleating in the wings. I guess I just like how the wings look without the pleats. Another thing I’m not sure about why are the flaps at the sides of the kimono. I’m not sure if I’m messing something up or like it that way when I make them. 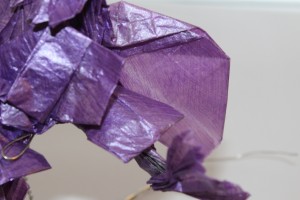 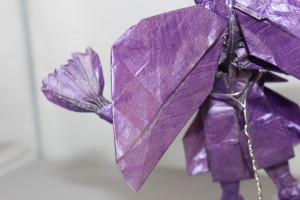 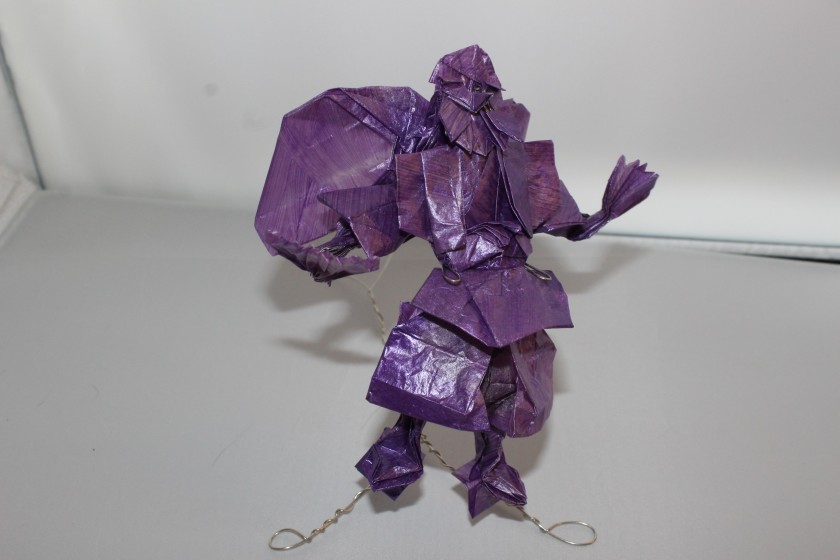